This is an hour interview I did with Dr. Steven Greer of CSETI

I met Dr. Steven Greer in the summer of 1991 at a MUFON Conference in Chicago, and we started sharing information. Within months, I was contacted by a producer from FOX who had just started developing their SIGHTINGS series.

I told them about my work with Dr. Steven Greer and Colin Andrews and they flew us to Asheville, North Carolina to tape the program in December of 1992. Dr. Greer eventually used my sounds recorded during ufo sightings in his CE-3 Trainings for many years before they were digitized. 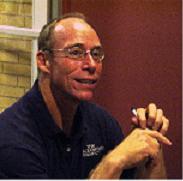 Here are some photos of Dr. Steven Greer and Colin Andrews and I during our interviews for FOX’s premier series SIGHTINGS back in 1992. FOX ended up doing their first hour long special on SIGHTINGS from that show and, being so intrigued, they flew to England to meet with Colin’s friends and then to Colorado to meet with Steven’s friends.

My interview ended up being cut from the program, which in a way was fine with me even though I was the first one the FOX producers contacted for this program. Otherwise by now……almost 30 years later I’m sure these beeping sounds would have been used by Hollywood to produce some cheap thriller. 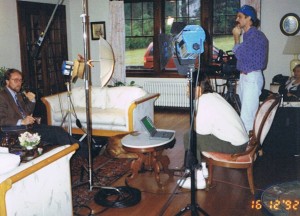 I took this photo of Colin Andrews and Steven Greer in the kitchen during a break in the filming…we were all pretty young back then! 1992. 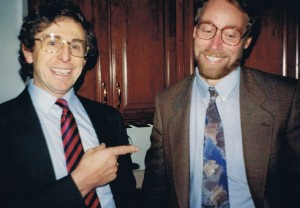 If you would like to contribute to the unraveling of this mystery, I am busy organizing and scanning the dozens of cases I have collected where this beeping sound accompanied ufo sightings. (will appear as ‘natural creations” on your receipt)

In 2012 I finally got to meet the gifted medium, Douglas James Cottrell of Hamilton Ontario, where we able to share some our observations about “ufos” and where I had a very interesting personal reading from him, His readings are similar to Edgar Cayce, in that he uses a deep trance meditation (DTM). A good portion of that session was spent exploring my ufo contacts and their sounds.

All the photos we took of us that afternoon had this odd light streaming into the picture. In September of 2012, we did a one hour interview on the subject on his radio show THE ORACLE SPEAKS, which turned up some unusual and thought provoking ideas. Here’s a photo of Douglas James Cottrell and I from that afternoon in February, 2012. Interview is below the photo. It’s fun and wide-ranging; we cover a lot of ground. 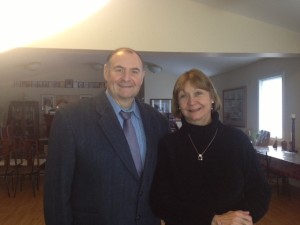 http://www.blogtalkradio.com/theoraclespeaks/I2013/09/13/advice-from-the-oracle
Here’s an earlier one I did with his son Douglas Jr. on ufos after returning from Paola Harris’s LOOK TO THE STARS Conference in Sebring, Florida (May 2013).
We discuss what the former Defense Minister of Canada, Paul Hellyer had to say about ufos. (1 hour)
http://www.blogtalkradio.com/theoraclespeaks/2013/05/17/ufos
Going back into time, I love these lively and revealing interviews I did with an old friend Errol Bruce Knapp of Toronto who did Strange Days Indeed back in 2000. It’s in 2 parts and has the sounds in them. 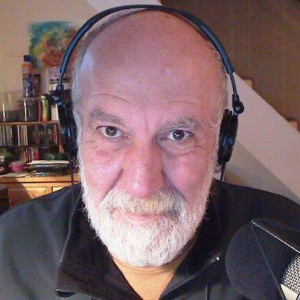 Here’s Errol at his desk

Most of the UFO reports we hear and read about describe ‘objects’ flying soundlessly – even those reported ‘grounded’ are usually silent. However, as our guest tonight and some of her recordings will attest, UFOs sometimes _do_ make sounds.

Lindy Tucker is a writer and researcher for P.U.R.E. RESEARCH (Phenomena Under Reasonable Evidence). She has been collecting the worlds’ largest civilian data base on anomalous acoustical sounds associated with UFO sightings over the past 25 years.

Further research indicates these to be in the same areas as crop circles are appearing on the North American continent. The results of her research have been published internationally in such publications as the MUFON Journal, Flying Saucer Review, The Cerealogist, The Bulletin of Anomalous Experience. Lindy works with leading doctors, psychiatrists, scientists, and engineers in her quest for answers for the truth

Join Lindy, co-host Jonn Kares and I, along with callers, this evening at 9:00pm Eastern, as we discuss these Strange Days…

Here are some of the ufologists that Errol Knapp has interviewed over the course of the years in the CFRB studio in Toronto, Ontario. From left to right: Michel Deschamps, Stanton Friedman, Errol Knapp, Richard Dolan, Victor Viggiani, and Stephen Bassett.

I am working to archive the dozens of  ufo beeping cases that I have collected over the past three decades, which need to be scanned and uploaded. Some are from old newspaper clippings, ufo reports and/or full investigations from investigators and authors. Thank you for your interest in my research. (statement will be ‘natural creations’)