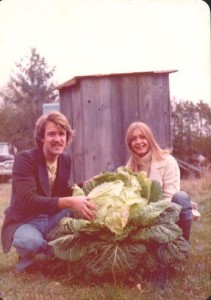 MY SIGHTING AND CLOSE ENCOUNTER

During the spring and summer of 1975, I planted a garden. This was during the time of my ufo encounters. I felt connected to all of nature and everything.  My garden yielded me this huge cabbage as a reward. I put a second photo below to show just how big it was…we couldn’t manage to hold it up!

It was over the shed behind me that the ufo came closest to me. It was just over the tree, less than 100 ft. up and no more than 150 ft. away. It instantly changed my life, like sticking my finger into a light socket. My telepathic, empathetic and psychic abilities kicked in. This is what I saw that night.

Trying to hold up the 75 pound cabbage proved too difficult for the photo so we opted to set it down on the ground. What came next in the years following these contacts, were a series of crop circles in the local area. 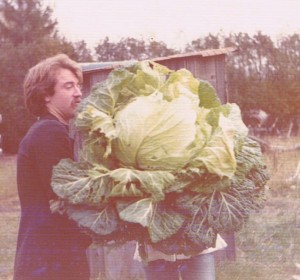 Here’s a map of Southern Ontario. You can see Marsville to the left in the center. Orton was just a couple of miles south of there. Crop circles started popping up all through the 1980’s, as I returned back “home” to visit family and friends every summer on a yearly basis.

Here’s a map I had annotated of fifteen or so different crop circles that showed up in the same 30 year period as the ufo sightings and beeping sounds in Southern Ontario. I actually joined the CCCRN (Canadian Crop Circles Research Network) to help explore these across Canada and add to their findings. I have circled the locations where these crop circles went down. 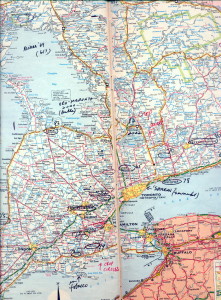 But one year held the best surprise….there had been a crop circle IN ORTON, just a couple of days before I arrived. It showed up on the East Garafraxa line on Eugene Lammerding’s property, 2 miles north of where I had lived. I got to interview him and he gave me the photographs his family had taken. (below) 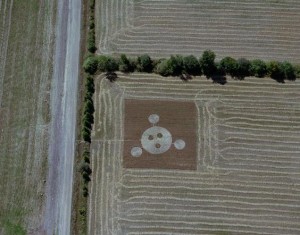 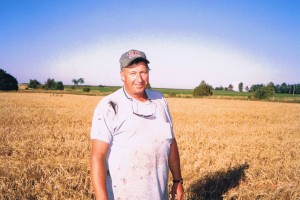 I was fortunate enough to find out this crop circle made headlines and the local agriculturalists got involved and took some samples. Peter Turrell of Grand Valley took crop and soil samples from both inside the main circle and then outside the circle as a control. As the formation went down in barley, you can see the lively colors on the top of the chromagraph.  The bottom was the control.

Peter told me if we ever found out WHAT had put that crop circle down, “WE WOULD NEVER HAVE TO FERTILIZE ANOTHER FIELD!”

Here’s a photo of chromaphotographer Peter Turrell on the left with Errol Knapp (center) and Victor Viggiani on the right. 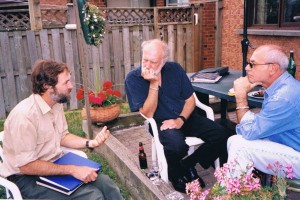